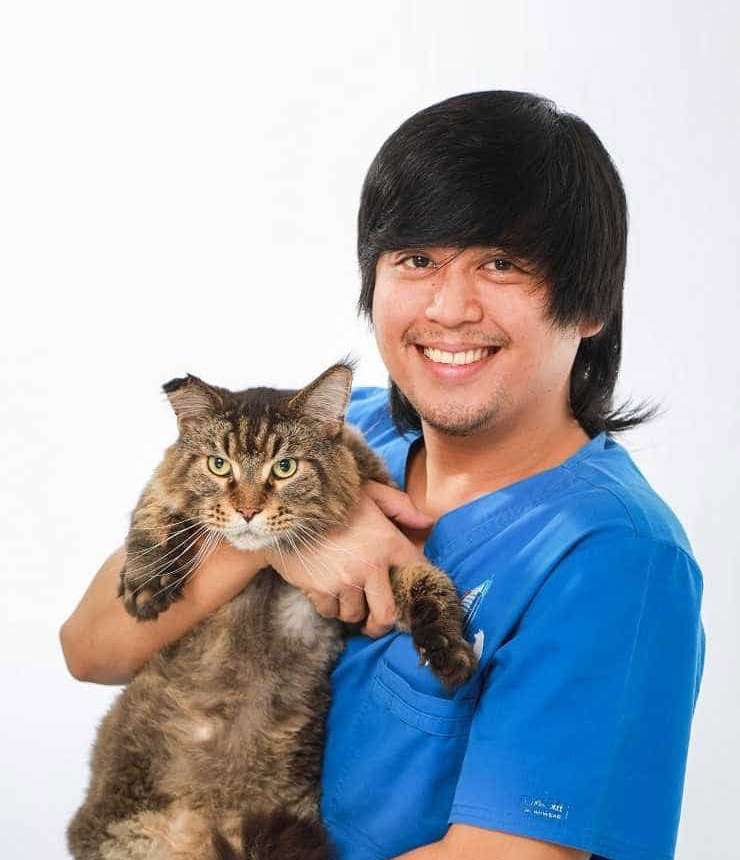 Aries graduated in 2007 with a degree of Bachelor of Science in Nursing. He took his license exam after graduation and started working as a Nurse Researcher. Passing the license made his career even better as he was promoted and the same company gave him the chance to teach and he became one of the youngest Nursing Review Specialist at the age of 20. Aries also has 3 years bedside care experience in a tertiary hospital which honed him to be a proficient and competent nurse.

Aries has been a veterinary nurse at MVC for 4 years. Aries adopted 3 mixed persian cats 4 years ago, their names are Basiet, Artek and Tofu and he also adopted a leopard gecko called Ali.

He likes this quote about the industry “Only a person who loves challenge would take on patients who can’t tell them where it hurts.”